Bitcoin vs. Altcoin: How Do You Evaluate A Cryptocurrency's Value in 5 Easy Steps

Bitcoin vs. Altcoin: How Do You Evaluate A Cryptocurrency's Value in 5 Easy Steps 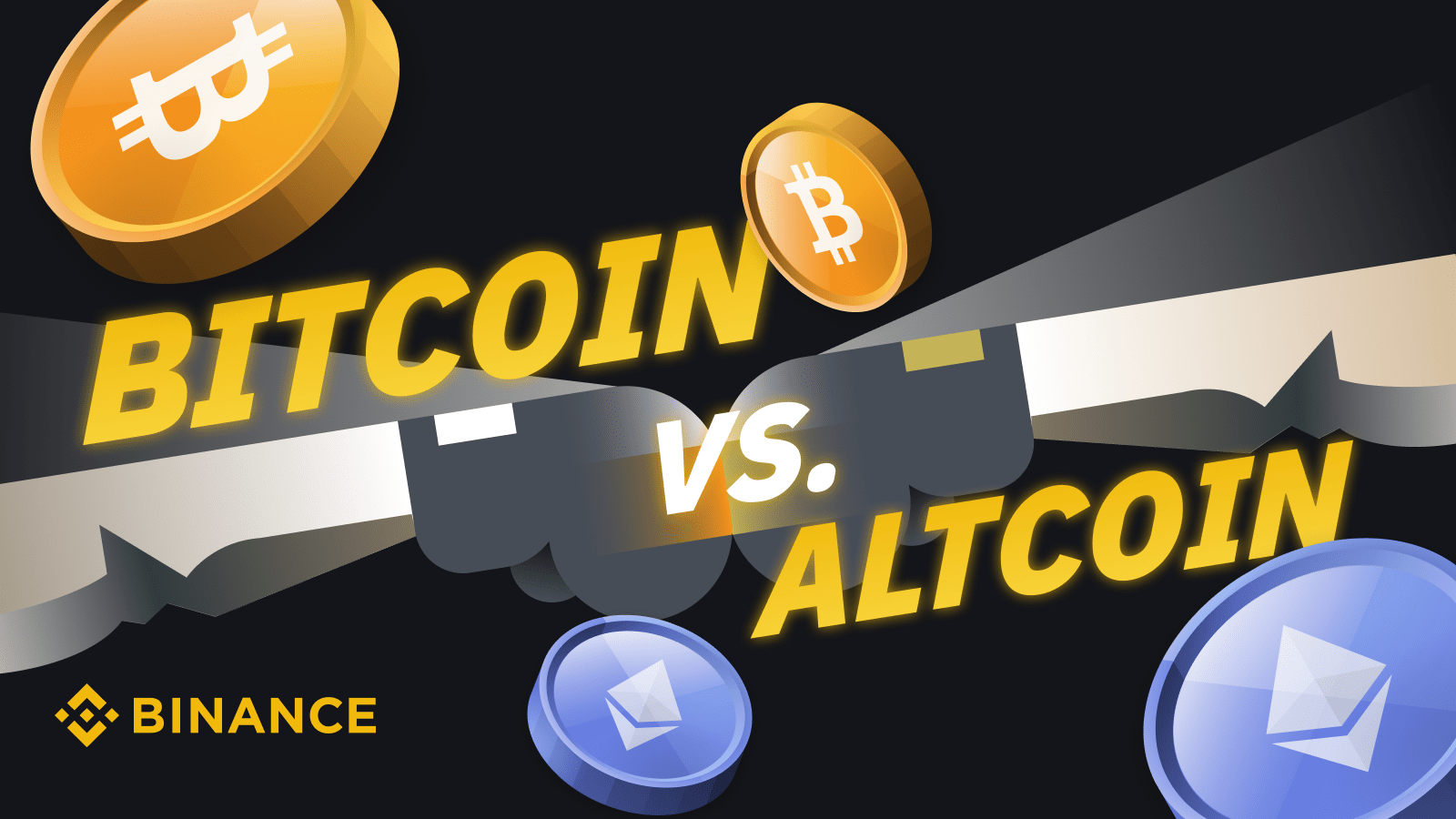 Since Bitcoin was created in 2010 and exploded in popularity in recent years, it has been the established market leader in the cryptocurrency industry, with market dominance reaching as high as 80% at several points in the past decade. Although BTC has been synonymous with the crypto industry, this is slowly changing with several blockchain-related innovations emerging from crypto projects outside of the bellwether crypto asset.

In just one year after Bitcoin’s creation, numerous alternative cryptocurrencies, also known as altcoins, have been created. Inspired by Bitcoin’s blockchain technology, these altcoins typically introduced blockchain use cases that were different from the original Bitcoin iteration. Some of these altcoins can even be considered as direct descendants of Bitcoin, at least in terms of them being created as a spinoff crypto asset after a major update in the Bitcoin blockchain.

In the early 2010s there were only a handful of altcoins, however, since Ethereum's debut in 2015 and subsequent growth in popularity in 2017, the number of available altcoins on the market has significantly increased. Ethereum’s smart contract technology made it easier than ever for projects to create their own cryptocurrencies, leading to the formation of several startups that are still major players to this day.

While Bitcoin continues to maintain a sizable, yet slowly dwindling, lead, the overall crypto market has matured to a point where you can now assess the value of each altcoin beyond comparing it to Bitcoin.

At first glance, it’s easy to assume that Bitcoin’s market dominance makes it the sole worthwhile crypto to invest in. With its decade-long track record, the ongoing financial revolution it ushered in, and the increasing influence it has exerted towards even the most traditional of financial institutions, Bitcoin is on track to remain the market leader for years to come, barring any extraordinary events.

Read more: What crypto should I buy besides Bitcoin?

However, the boom of the overall crypto market has made space for notable altcoins to make their case as major players. While Bitcoin has the attention of even the most basic of crypto traders and owners, altcoins have the luxury to grow their reach and influence. This has led to many instances where several altcoins exhibited growth that surpassed Bitcoin’s. So far this year, out of the top 100 cryptocurrencies listed on CoinMarketCap, only 10 cryptocurrencies performed worse than Bitcoin, including 15 of the top 20 crypto assets. (We’ve excluded the seven stablecoins in the top 100 from consideration.)

Nevertheless, each altcoin comes with its own set of strengths and weaknesses, raising questions about its long-term viability. Many altcoins, particularly those created in the crypto market’s boom periods, started out strong but have since crashed due to one factor or another. A few of these have been labelled as outright exit scams, deceiving those who don’t practice proper due diligence on their investments. In this article, we’ve prepared a detailed guide to help you separate the worthwhile tokens from the rest.

Five Factors to Look At When Assessing an Altcoin

While no single method stands out in terms of adequately evaluating crypto assets, there are a handful of crucial factors that can reveal a lot about an asset’s value and trajectory. Under each factor, we also provide a few key questions that you can use to assess an altcoin’s merits.

Altcoins are typically created with a specific set of use cases that aim to solve a problem in any given industry through a blockchain solution. An altcoin that has no clear-cut function will likely have no future as a store of value. The problem with some altcoins that were initially hyped but ultimately flamed out is that they end up being solutions to a problem that doesn’t exist. Other altcoins say they want to become bigger than Bitcoin, which probably should already be a red flag for potential investors.

Here are a couple of questions to guide your research: :

- Does this altcoin do anything substantial other than replicate an existing coin?

- Is thealtcoin’s purpose both useful and attainable in the near future?

In the same way that you assess a company’s value on the strength of what its team has done to generate business, you should also keep a close eye on the team that operates the crypto project behind the altcoin you’re researching. You can start by checking the team’s developers and their track records. Beyond the resumes, you should also be able to see how much work they;ve put into the project, if their efforts have led to positive results and if they're working hard to inform the public about the progress they’ve made. Ask yourself the following questions:

- Are the developers capable and reputable?

- Does the team actively work on noteworthy updates for the crypto project?

- Do they strive to improve their product and regularly keep in touch with investors?

Keep in mind,this factor may matter more for new altcoins that have yet to make an impact in the industry. But if an altcoin has been around for quite a while, the next factor will probably be more important.

Sometimes, a crypto project and its associated altcoin may have team members with reputable CVs. However, that’s not a guarantee that this particular altcoin will be successful. Sometimes, there are events in an altcoin’s history that end up affecting the positive assessments you already have about that crypto asset. Beware of the red flags that may come up as you answer the following questions:

- Have there been any scandals in the coin’s history?

- Have any security breaches been exposed?

- How long has the altcoin been on the market, and how much has its value increased since then?

Unless you’re the type of investor who is brave enough to venture into extremely new projects and can tolerate high risk investments, you should also look into the altcoin’s open market performance.. In addition to researching the price history,  you can check the altcoin’s market health through its trade volume. Simply put, when more people trade higher amounts of an altcoin in the market, that altcoin is in good shape. It’s even better if people find actual use in that altcoin. There are two important questions under this factor:

- How many people are currently using the altcoin?

- Is the altcoin available on any of the major exchanges?

If, by this point, you like what you see in the altcoin you’re researching, you should probably check how easy it is to acquire the asset.  After all, a promising altcoin that’s difficult to access is likely more of an inconvenience than a proper asset. Altcoins that are easy to acquire are more accessible to the public and more likely to scale to bigger markets. Check the following:

- How would you purchase the altcoin?

- Will you be able to buy that altcoin via credit card, bank transfer, or P2P?

If the answers to the above questions are unsatisfactory , then you may be better off sticking to your current plan in the meantime until you see an altcoin worth your investment.

When evaluating an altcoin’s long-term value, you can add a few more factors to check, depending on what’s valuable to you. You can also take cues from factors that are considered by some of the most established companies in the crypto space. In many cases, altcoins are subject to a higher level of scrutiny.

For instance, Binance has its own system to determine which altcoins are worthy of being offered on the trading platform. When we conduct these reviews, we consider a variety of factors for listing or delisting a crypto asset, such as:

- Commitment of the team to the crypto project

- Level and quality of development activity

- Stability and safety of network from attacks

- Responsiveness to periodic due diligence requests

- Evidence of unethical/fraudulent conduct or negligence

- Contribution to a healthy and sustainable crypto ecosystem

With that being said, we hope this article gives you a more precise process towards picking altcoins suitable for your portfolio and risk appetite.

Note: This article does not endorse any cryptocurrency or crypto project and should not be considered as outright investment advice, but as a jump-off point on your way to forming your own research and conclusions. Binance is not responsible for any result that emerges from your independent trading activities.

Binance Educates the World: A Recap of Our Efforts in Africa