More than 3.5 million Dutch people are considering investing in Bitcoin 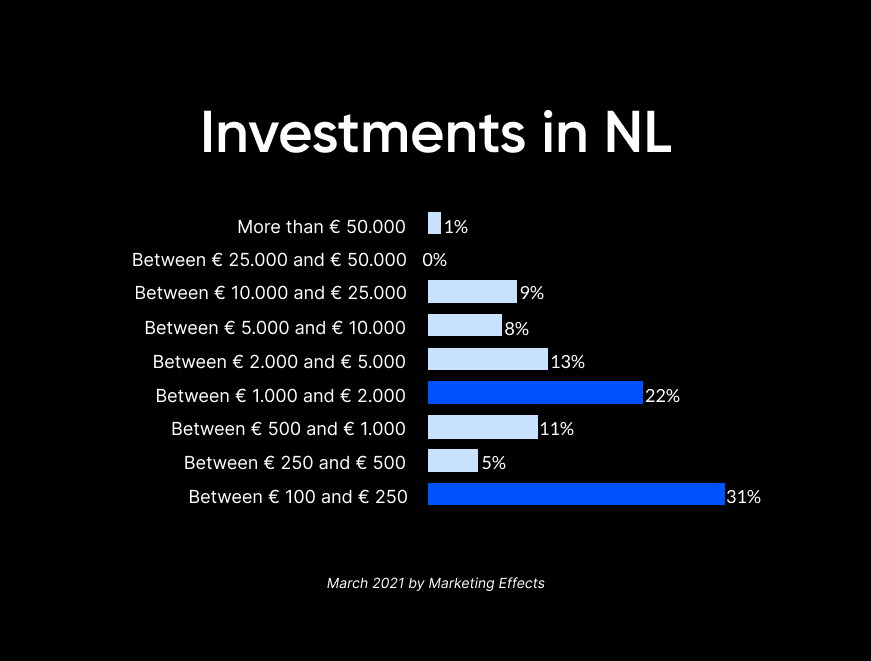 The price of Bitcoin has been a topic of discussion for years and now almost everyone in the Netherlands is familiar with this crypto coin. But is Bitcoin actually seen as hot air or as a safe haven? Research firm Markteffect conducted an extensive study in March into the attitude, sentiment and investment behavior concerning Bitcoin and the first results are now in. It turns out that nearly 700,000 Dutch people now own Bitcoin (or a fraction of one) and in addition, more than 3.5 million Dutch people are also considering jumping on board, half of which already intends to do so in the coming year.

Nearly all Dutch people (91%) are familiar with Bitcoin and 25% of them indicate that they are considering to invest in Bitcoin . 14% even indicates that they will definitely or probably make their first investment in Bitcoin in the year to come.

Bitvavo, one of the largest cryptocurrency providers in the Netherlands, sees that enthusiasm for Bitcoin continues to grow. Willem Jan Rutgers, Head of Marketing at Bitvavo, explains: "Since January of this year, we have seen a significant increase in the number of people investing in Bitcoin. A higher value results in more awareness and many Dutch people are now taking the step to actually invest.
They receive no interest on their savings, so people start to search for alternatives to build and maintain their capital."

The risk of investing in Bitcoin is less important

About one in three Dutch people (34%) currently has one or more current investments, 5% of them (also) in Bitcoin. 54% and 47% of the Dutch population, respectively, mention risk and profitability as the most important aspects when making an informed choice with regard to their investment.
When investing in Bitcoin, the risk of the investment is considered less important. Only 22% of the Dutch who consider investing in Bitcoin mention risk as an important aspect for making a well-informed choice. The importance of the profitability among the Dutch who consider to invest in Bitcoin hardly varies and is seen by 48% as an important aspect.

The survey was conducted in March 2021 by the independent research firm Markteffect among a representative sample of 1,020 respondents aged 18 or older. The price of Bitcoin fluctuated around US$ 55,000 at the time of the fieldwork.

The full report will be available for download in about two weeks, and will be available from the Markteffect website. It will also provide insight into the most important target groups, trust, the fear of missing out and the trust of the investor.